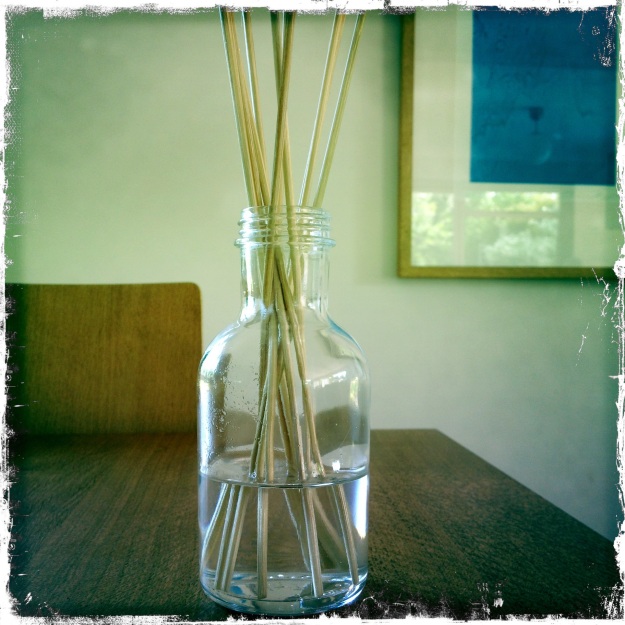 Last week I did some radio.

What usually happens when I do radio is that everyone who I know rings me up saying “YOU’RE ON THE RADIO”. Which is why you have to switch your phone absolutely off. I love doing radio, especially when it’s live, because there is part of me that just wants to take over the airwaves and say ‘fuckbollockshitcuntwank’. But of course I never do because then my radio career would be completely over.

But doing radio is a buzz and you come out of the studio all pumped up. So, now that I’ve told you that, quite gratuitously, I can tell you that I came out of Broadcasting House, having been a star for six minutes and as I blinked in the sunshine I realise that my family had quite forgotten about me. They’d gone off on a jaunt and the text messages hadn’t got through so I was completely alone. No idea what to do or where to go.

Now. Being completely alone in the West End is often the stuff of fantasy for me. I love the West End. I was born there, it’s my home. I know almost every shop along Oxford Street. The very thought of being able to wander, aimlessly and without time-limits or being asked if two women can have a baby or what’s a teenager or who decided if we should be happy or how far is it into space or how old was I when I started smoking or did I do drugs and if so were they uppies or downies, well, that thought often replays in my mind when I haven’t got two minutes to rub together.

So here I was. Alone, in the West End with no-one needing anything from me. And of course, I didn’t know what to do with myself. So I went into all the shops until I finally gave myself up to John Lewis, the floors of which I backcombed until I was so up on its stock, I could have donned me an “INFORMATION” sash and diverted any customer to any corner of its emporium.

This is when I discovered that Johnny Loulous has almost an entire floor dedicated to reed diffusers. Reed diffusers are those room fragrance things that cost a fortune and involve liquid in a glass container with sticks sticking out of them. Like the picture above. They are supposed to fragrance a room continuously, but are safer than candles

I’ve been horribly spoiled over the years by expensive fragrance. I discovered Creed when I was 26, and there was no going back. It’s not the only perfume I wear now but I never wear anything that’s cheap. You can’t cheat with fragrance.

Unlike a body perfume, room fragrance doesn’t develop over time. It just is. So if it annoys the fuck out of you when you first smell it, the high chance is, it always will. We have Jo Malone’s Room Sprays in the bathroom (I grew up with an aunt who used plug in air fresheners which was enough to put me off for life. JM room sprays are not cheap but they are beautiful and they last years) and I once stupidly bought a ‘leather one’ – I can’t remember the exact name – hoping it would grow on me. It never did. All it does is really annoy me and I now realise that I don’t like any fragrance that purports to smell like leather anything.

But because I am slightly obsessed with nice smells, but it’s not practical to always light a candle or spray the room, I’ve sometimes looked at reed diffusers and thought about buying one. But a few things irk:

So I got to the department chock full of reed diffusers and started to smell all of them. And the ones I really liked were by True Grace. Two really appealed – Greenhouse, * which smells of tomatoes ripening on the vine, and Wild Lime.

[*Note, I’ve linked to the candle because the room fragrance doesn’t appear to be on the TG website, but it does exist.]

Better yet, they sold refills for £18.50 (the original kit costs £32 which I think is a bit mad. Note: if you buy the refill direct from the True Grace Website, you also get 20 replacement reeds with it; you don’t if you buy it in John Lewis, despite it still costing £18.50 which is annoying).

This got me thinking. Why couldn’t you make your own?

So I did, I bought a refill (Greenhouse), took it home, put half of it in an old, clean Stokes’ Brown Sauce bottle (this is the best brown sauce ever), stuck some wooden skewers in and hey presto. A not cheap, but cheap-er reed diffuser refill for £9 a pop, but full of really extremely nice smelling stuff.

John Lewis also sells replacement reed diffusers for £3 for a bundle of short ones or £4 for a bundle of long ones. Reeds, of course, have little holes in them that the fragrance works up through but honestly? I’ve found wooden skewers work really well too. Don’t tell the fragrance industry though.

Turn the sticks upside down whenever you need to revive the scent. This is why most people’s smells of nothing after a while. If it gets too intense – which it won’t – remove some sticks.

I realise there are wars on. But if there’s not one going on in your home town and you fancy a nicer smelling house, try this.

6 thoughts on “How to make your own reed diffuser”